The Westerville Central wrestling team traveled to Westland for the Joe Stora Duals on Saturday. The Warhawks captured second place with a team record of 4-1 on the day. Adam Snively, Tre Bogetich, Triston Mayes, Ben Haines and Winston Milton all posted a 5-0 record, while John Fitzgibbons and James Schneider both were 4-0.

The team has a lull in the schedule until they travel to West Jefferson on December 29th-30th, where they will compete in the West Jefferson Invitational. 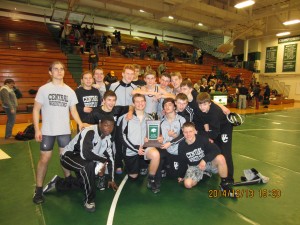