The Westerville Central boys soccer team hosted Westerville South last night for the final OCC Buckeye Division contest of the season.  Enrique Monzalvo got the scoring started for the Warhawks with a score in the 1st half.  South tied the score early in the 2nd half before Alex Perrini scored the winner with 16 minutes left in the game.  The Warhawks defense, and goalie Sam  Rojanasakdaul, held the Wildcats scoreless the rest of the way. 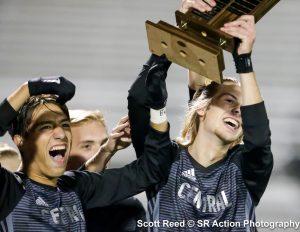